THE STORY OF THE

"MANAGER/OWNER" OF THE HOTEL

IBRAHIM OMAR GHONIM from Abu Sir has decided to cheat and steal from me!!

In 2014 I took a loan of 150.000 US $ + I invested my own savings so that Ibrahim and I could buy Blue Bird Hotel Cairo in Downtown Cairo and create a future together. For legal reasons the hotel had to be in his name but we had a clear agreement that Ibrahim should pay back the loan if we were ever to leave each other.

We are now no longer together and Ibrahim has decided that he will not pay me back any of the money. In my culture that makes him a THIEF and a LIAR. Pretty sure it's the same according to Islam.

Ibrahim has been a womanizer his whole life. Being with foreign women from he was 18 years old and asked them for money to support his life style. And as it turned out I have just been another fool spun into his web.

Our break up was unavoidably and the last year was just been plain awful. One day in november 2015 I found out that while I was sleeping Ibrahim had spent all night untill 7 in the morning on What'sApp exchanging sexual photos and love messages with a married Egyptian woman. It turned out that the woman had stayed in the hotel as a guest. She returned as a "guest" at the hotel again in June 2016 (I found out that later) where she again stayed for 10 days. Maybe she has been there more times that I am just not aware off.

I have over the years found several unappropriate messages that Ibraham has sent to different women, many of them have been guests at Blue Bird Hotel Cairo. Every time I confronted Ibrahim with facts and proof he always had an excuse – mostly it was just more lies.

In October 2016 all the lying and deceiving was getting too much when I found out that Ibrahim had married his 17 year old cousin behind my back and without my knowledge. On top of that he kept lying about it even though several people, including his own father, confirmed that he was now married. He then told me that he wil NOT pay me back any of the 150.000 US $ that he owes me.

Let me stress something. I am really happy and relieved that he married someone else. I saw it coming. He had shown interest in a lot of other women during our relationship so it was no surprise. Afterwards I also found out that a lot of our prior female guests were coming to the hotel because Ibrahim had contacted them through different social medias and sweet talked them into coming to the hotel.

I don't care about the emotional deception but I will NOT accept his economic deception and pay for him having a hotel etc. on my expence.

And a warning to all women: Watch out! Ibrahim has done it before and will do it again. He has a Master Degree in lying and deceiving. It took me years to find out what was really going on. He is charming and VERY good at manipulating and making you think that he loves you and that you are special. But it is not the case. He is only determined to find a way to get acces to your money! 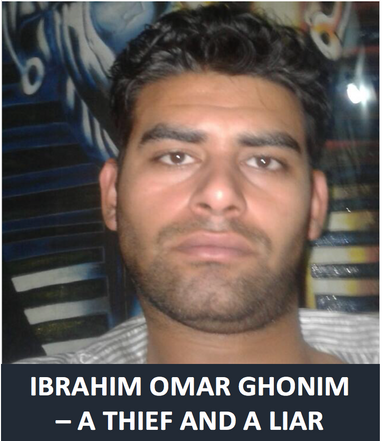 "Women want to be lied to"

Quote from Ibrahim. It captures the essence of how he looks at and treat women and  what kind of man he really is.

THE VIOLENCE PERFORMED BY IBRAHIM 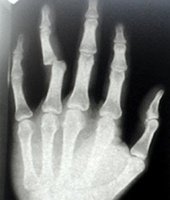 I am from a culture where it is totally unacceptable to hit a women. Never the less this is what happened to me twice – once I ended up at the hospital.

During a visit to Hurghada in beginning of 2014 I find love messages from Ibrahim to a former female guest who has visited the hotel from New York. I confront him, he gets furious and hits me in the face with his fist so my mouth is bleeding.

Later in autumn 2015 I confront him with the sexual

correspondance I have seen that he had with a former female guest guest at the hotel. She was Egyptian and married. When I confront him, again he gets furious and this time he kicks me, so that my left ring finger breaks and I have to go to the hospital in Cario. I have a statement from the hospital saying the the broken finger was caused by Ibrahim's violence.

Ibrahim is not verbally very strong or well argumentative, so the pattern is that when he is backed into a corner he uses violence. Even towards women.

And I write women in plural since I know that I am not the first women he has hit or used violence aginst. He braged about having done it before.

IBRAHIM, THE WOMEN AND THE LIES

When I got to know Ibrahim in spring 2013 he was very charming and chasing me with phone calls and text sweet messages. He also told me that he was single, 32 years old and hadn't been with any women for the past two years.

I am not a person who question what people are telling me. I believe in what they are saying.

Nearly 6 months later I find out that it was all lies. Accident one day Ibrahim forgot to log out of his email on my computer - and I can tell you there there where a lot of surprises waiting for me.........

Ibrahim was married, 24 years old and had a LOT of experience with women.

In all this I found out that when Ibrahim turned 18 years old he had married a 25 years older Finnish women with whom he was still married. The appartment that we had spend the time together in when I went to see him turned out to be his wife's and where she and him stayed when she (also) visited him. I don't know how much she was aware of or knew about how many women there were sleeping in her bed. I never went back to the apartment after I got to know about her.

Since I couldn't see myself with a married man  Ibrahim decided to divorced her. (But he just chose to marry someone else, so there was really no point in him divorcing this woman).

From what I know this woman over a period of 7 years gave Ibrahim 100.000 Euros, an apartment and a car.

It also turned out that Ibrahim had had a German girlfriend for 3 years. He had also "forgotten" to tell her that he was already married and still seeing his wife. I could see from the correspondance that in the end she had found out. Of course Ibrahim was denying. But she was right. Ibrahim had asked her to marry him.

At the same time as Ibrahim had the German girfriend and the Finnish wife, he also had a Chinese girlfriend whom he had also ask to marry him. He took 30.000 US dollars from her..

I found emails from 3 different tourist women who had all been in Cairo with him the month before I met him. In the same appartment – and that was just in a month. There were emails and pictures from so so many women that he had been with and whom he was asking to come back to see him again. I found out that saying "I love you" is very easy for Ibrahim and a way to lure the women back – including me, I must admit.

I know for at fact that Ibrahim also took money from some of these women.

I didn't know that so many dating sites existed until I say Ibrahim's email. Never in my life have I seen that many sign ups for differient sites. I have to give him something: He's not picky.

All this came out of a simple slip up – that Ibrahim forgot to sign out of his email.

AND YES. A HAVE COPIES OF A LOT OF THE EMAILS!

THE WHOLE TRUTH AND NOTHING BUT THE TRUTH

I know Ibrahim and how he gets around the truth, so I am pretty convinced that the story from his side will be that I am a crazy woman and nothing I am saying is true.

The truth is. Everthing I tell  I have proof of. I have documents, emails, photos etc. I am an educated woman but my mistake is that I simple just fel in love with the wrong man. I have heard so many stories like my own and mostly whe women are devastated and don't know how to fight back. I have decided to fight back and speak up. I will not accept Ibrahim stealing this money from me. And people need to know what hides behind the very calculated and charming look he is presenting to people.

THEY ARE RUNNING A FAMILY SCAM!!

Ibrahim Omar Ghonem from Abu Sir has scammed me for 150.000 dollars. And his family has been part of it.

As times goes by I see things more clearly and more and more things are not adding up. I was the victim of a family scam.

Already second time I saw Ibrahim he brought me to the family home in Abu Sir to meet his parents. What I know about Egyptian culture today, it is NOT normal:

didn’t know of until 6 months into the relationsship)

• at all to have a girlfriend. You need to be married to be in a relationship

In spite of all this the famiily welcomed me with open arms. And have all the time accepted that Ibrahim and I were not married but ”only” boyfriend and girlfriend.

I also know that they were playing a game where the father Omar Ghonem was pretending to be my ”friend”. Always taking my party and always assuring me that ifIbrahim and I were ever to split up, I would get my money back – he personally would make sure of that.  Well well well. Guess what happened. AfterI left  Ibrahim his father, Omar, has refused to take my phone calls or help me in any way.

I have also found out that the price of taking over the hotel money was not really the price. In stead the family have renovated their big house in Abu Sir. For my money.

You really have to be evile to do what this family has done to me.

First. Don't support Ibrahim by staying here. You are supporting a thief and a man who has no problems with lying or beating up women if you are staying here. There are so many other nice and cheap places in Cairo Downtown. And good people who are running these places.

Second. Spread the story so people will know what is going on. I have already heard personal stories from females guests who have stayed at the hotel. So if you have any information that can help my case. Please contact me at hello@blue-bird-hotel-cairo.com

I am fully responsible for the decoration of the hotel. Bought and paid for by my own money.

I have spent my saving – more than 40.000 US $ on Ibrahim and his life. Also helped him with a loan for the down payment of the car he is driving in. Do I need to say: Haven't got any of that money either.